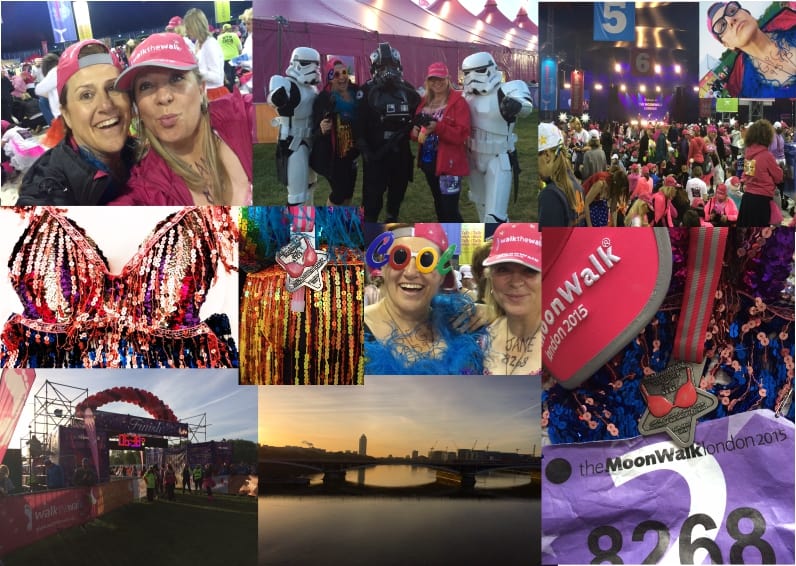 Jane Preston, alongside Gigi Szucs as ‘Team Sparkle Sisters’, completed the full 26.2 miles of the London MoonWalk at 6.38am yesterday morning. The MoonWalk, now in its 14th year in London (19 years since its inception in the US) has raised over £100m to help fund ground breaking research into breast cancer. Money raised also goes towards improving treatments and in providing emotional and physical support to those that have cancer now.

Jane said, “know those who have died, those who have survived and those who are fighting breast cancer. They are all heroines and beyond brave. The least I can do it put myself through a marathon walk to raise money and to raise further awareness in the fight against Breast Cancer.”

The Sparkle Sisters raised over £7,000 between them – well done ladies, fabulous effort all round.